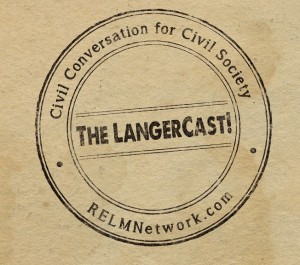 Click here and join us for Episode #105 of the LangerCast:

The LangerCast on the RELM network: Episode #105

Andrew and Jerry talk politics, policy, music, and culture  … this week, among other topics like the Supreme Court’s recent rulings, we break down the misguided proposal by Maine Governor Paul LePage to use the government to ban “unhealthy” foods and the First Liberty Institute’s Defense of Religious liberty.

A retired Air Force NCO is forcibly removed from another’s retirement ceremony. His crime? Daring to utter the word “God” during a flag-folding speech! We talk to Mike Berry from the First Liberty Institute about the case of Oscar Rodriguez, and the good work of First Liberty. We talk food policy, and Maine Governor Paul LePage, as well as more on the Philly Soda Tax!

Some in the political class believe that solving nutritional issues is the responsibility of the government. However, banning certain foods will not make people healthier; it will not save taxpayer money; and it will not reform entitlements. Instead, the food-police will disrupt the free market and create government food bureaucracies.

Oscar Rodriguez Assaulted and Dragged Out of Retirement Ceremony

From First Liberty, “Oscar Rodriguez, Jr. is a decorated Air Force veteran who has delivered a patriotic flag-folding speech over 100 times at civic and military events. In March 2016, a retiring service member asked Rodriguez to deliver the flag-folding speech at his retirement ceremony, to be held at Travis Air Force Base near Sacramento. Rodriguez agreed, but when he began the speech, uniformed Airmen assaulted him, physically dragged him out of the ceremony, and kicked him off the military base because the speech included the word “God.” First Liberty Institute sent a letter to the United States Air Force on June 20, 2016, demanding justice for Rodriguez, and for those responsible to be held accountable.”