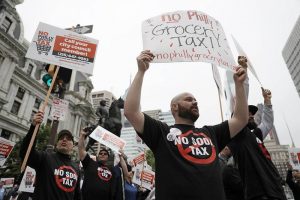 The people of Philadelphia are suffering from sticker shock when they visit the grocery store. The City of Brotherly Love defied its residents by passing a huge grocery tax on most beverages, and they’re not happy about it. Images are going viral of receipts that show the 1.5 cent-per-ounce tax impacting the wallets of everyday Philadelphians … in many instances the taxes are more than the price of the drink.

The Philly Grocery Tax is a mistake. While Mayor Kenney pitched his grocery tax as needed to fund early childhood education, the truth is that nearly 20 percent of the tax revenue raised will go to other government programs and budget priorities.

“The magnitude of this tax is historic and Philadelphian consumers can’t afford it,” said David McCorkle, CEO of the Pennsylvania Food Merchants Association. 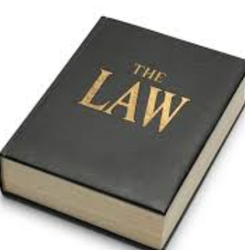 After winning the Democratic nomination in an overwhelmingly Democratic city, Philadelphia mayoral candidate Jim Kenney kept pressing and campaigning ahead of the November 2015 elections. After the primary, the campaign focused almost exclusively on reducing poverty and expanding opportunity.

Kenney pledged to help people succeed in every neighborhood of Philadelphia.

However, after being elected mayor, Jim Kenney’s first major action wasn’t to expand economic opportunity. No, on the contrary, the Mayor deliberately and deceivingly targeted his city’s poorest residents with a regressive—illegal—tax on virtually everything in the beverage aisle.

While Mayor Kenney pitched his grocery tax as needed to fund early childhood education, the truth is that nearly 20 percent of the tax revenue raised will go to other government programs and budget priorities.

David Oh, a Republican who opposed the grocery tax, described the funding arrangement as misleading, saying that “This is not the narrative that had been told to the public.” And, Councilwoman Jannie L. Blackwell, a Democrat on the City Council who supported the measure, said she had no idea revenue from the tax was targeted for other purposes.

So, here are the facts on the Kenney tax:

A coalition of consumers, businesses, and unions have filed a lawsuit to stop Philadelphia from collecting the tax, maintaining that it’s illegal under state law.

Mayor Jim Kenney might have persuaded the City Council to support a grocery tax with back-room deals and eleventh-hour concessions to individual council members. However, such sweet-deals and political horse-trading will be out-of-bounds in the judicial system. What will matter in the end is if the Mayor’s legal team can persuade the courts that the grocery tax is legal under Pennsylvania law.

Many legal experts, including Ronald Castille—former Chief Justice of the Pennsylvania high court—have concluded that the Philly tax is illegal:

Capitol Allies and its partners will continue to offer analysis and commentary on the Philly tax so to better inform the public discussion as the anti-tax fight moves through the courts.