No patient should have to worry that their state legislators will purposely limit their access to necessary medications. However, this is the precise scenario playing out in Annapolis, Maryland this week. Lawmakers – perhaps with good intentions – are moving a bill through the State House that is reckless public policy and that will threaten the lives and healthcare for all Marylanders.

The bill – H.B. 631 –  allows the government to impose costs and regulatory burdens whenever bureaucrats believe that pricing of a medicine is “not justified.” However, the legislation, now being considered in the state Senate, sets no objective standard or legal threshold by which a judge or a healthcare provider can know what “not justified” means.

This legislation dangerously expands the power of the state’s Attorney General to interfere in the marketplace in such a way as to threaten competition. H.B. 631 will do nothing to offer relief to patients – it won’t lower prices. On the contrary, this bill will drive generic drug companies out of Maryland. By boosting the Attorney General’s power to “investigate” drug prices, politicians in Annapolis are advancing a course of action that will have the unintended consequence of reducing competition and, therefore, limiting patient access to medicines and medical therapies.

The public debate over the cost of medicine isn’t new. Nor is political grandstanding on the issue. With H.B. 631, Maryland lawmakers from both political parties –  the House of Delegates voted overwhelmingly, 137-4, to pass this terrible, horrible, no good, very bad bill – have chosen politics over policy.

Maryland lawmakers craving the momentary praise from the media and activists are putting their constituents’ health at risk. Their attempt at bureaucratic price manipulation will hurt all patients, but such political meddling will be devastating for Maryland’s sickest and poorest patients.

This legislation will do nothing to lower the cost of prescription medicines. It will undoubtedly have the exact opposite effect. If fewer affordable generic medicines are available in Maryland, patients suffer and healthcare costs will skyrocket.

The competitive marketplace of generic medicines substantially drives down drug prices for patients.  Generic medicines saved Maryland $3.7 billion in 2015. Nationwide these medicines are 89% of prescriptions dispensed, but only 27% of total drug costs resulting in $227 billion in total savings in 2015. The overall price of generics fell over 8% in 2016, and prices are down over 70% since 2008.

Drug companies make easy targets, and healthcare policy is complicated. H.B. 631 is a short-sighted, political fix that will undermine competitive pricing and threaten patient care. It will inevitably increase drug prices and give Maryland the ignoble distinction of being first in the nation to deliberately push generics out of the marketplace.

The politics of supporting H.B. 631 is intuitively appealing; however, its promise of controlling drug prices is dangerously dishonest. When it predictably fails—and it increases the cost of medicine—will the politicians take responsibility? Or, will they look for another easy target to blame?

Better value and lower prices for medicines can be achieved without compromising patient access. But instead of exercising greater control over the marketplace, true reformers should focus on innovation and competition.

Here’s what to expect if H.B. 631 becomes law: less competition in the generic drug market which will lead to higher prices, limited access, and less choice. Patients won’t be able to obtain the life-saving medications they need. 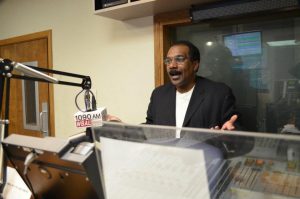