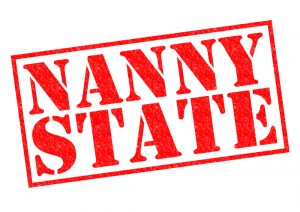 Maine Gov. Paul LePage is challenging the federal government over how to administer the Supplemental Nutrition Assistance Program (SNAP), commonly known as food stamps. Under the guise of reforming SNAP, Maine’s Republican governor wants to monitor what poor people eat and drink. The governor wants to create a state-based “food-police” to control what Maine’s poorest citizens put in their grocery bags.

Some in the political class believe that solving nutritional issues is the responsibility of the government. However, banning certain foods will not make people healthier; it will not save taxpayer money; and it will not reform entitlements. Instead, the food-police will disrupt the free market and create government food bureaucracies

Public health advocates believe that Americans are unable to make responsible decisions about the food and beverages we consume. Conservative advocates and elected officials should stand against paternalistic policies aimed at our diets, and trust the American people to decide for ourselves what is healthy or unhealthy. Food monitoring and restrictions violate individual liberty, and create a gateway for more government intrusion into our lives. Food surveillance is not entitlement reform, and it is not going to make Americans any healthier – as if that’s the government’s business anyway.

Conservatives should reject proposals to leverage government agencies (like the USDA) to interfere so deeply in the personal choices of Americans. Monitoring what some Americans put in their grocery carts is decidedly bad policy and anathema to conservative values.

Whether it’s under the guise of entitlement reform or public health, some politicians may favor food monitoring and restrictions because it’s an easy way to mislead voters to think they’re being good stewards of taxpayer money. But, food restrictions in SNAP will create a food bureaucracy mimicking the complexity of other regulatory boondoggles. Bureaucrats will have to analyze and categorize the 300,000 food and beverage products on the market now and the additional 15,000 food items introduced every year.